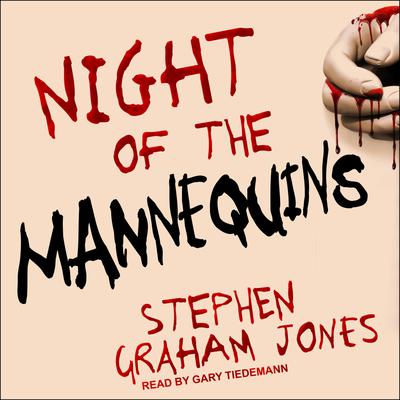 Night of the Mannequins (Digital Audiobook)

We thought we'd play a fun prank on her, and now most of us are dead.

One last laugh for the summer as it winds down. One last prank just to scare a friend. Bringing a mannequin into a theater is just some harmless fun, right? Until it wakes up. Until is starts killing.

Luckily, Sawyer has a plan. He'll be a hero. He'll save everyone to the best of his ability. He'll kill as many people as he needs to so he can save the day. That's the thing about heroes—sometimes you have to become a monster first.

Gary Tiedemann is a Florida and New York-based narrator, but learned how to act in Chicago's improv, sketch-comedy, and theater scene. He came to audiobook narration after voicing countless commercials and videos over a twenty-year voice-over career. Gary has also appeared in hundreds of improv and sketch performances at Chicago's Annoyance Theatre, iO, The Second City, and in dozens of theater roles as a cofounder of The New Colony Theatre. When Gary is not in a booth, he is probably outside wondering if there is time to go camping.