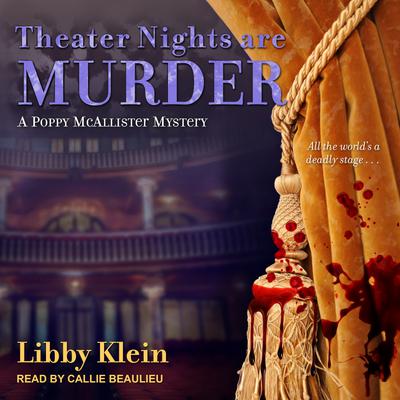 Poppy thought her toughest challenge this winter would be sticking to her Paleo diet and filling all her orders for her gluten-free goodies, but now she has to choose between two suitors. She's not the only one with boyfriend drama. Aunt Ginny's long-ago high-school beau, Royce Hanson, a retired Broadway actor, has returned to Cape May, New Jersey, to star in a Senior Center staging of Mamma Mia. Leaving Aunt Ginny to wonder: What's his motivation?

Slated to open February 13th, the problem-plagued production seems to be cursed—with stolen props, sabotage, and even a death threat. But when a cast member plunges to his death from a catwalk, it soon becomes clear a murderer is waiting in the wings. Now Polly, Aunt Ginny, and a supporting cast must take center stage to catch the killer—before it's curtains for someone else . . .