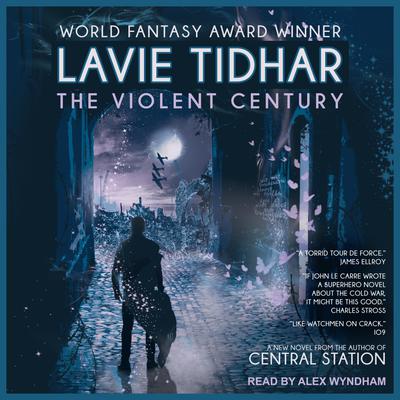 A bold experiment has mutated a small fraction of humanity. Nations race to harness the gifted, putting them to increasingly dark ends. At the dawn of global war, flashy American superheroes square off against sinister Germans and dissolute Russians. Increasingly depraved scientists conduct despicable research in the name of victory.

British agents Fogg and Oblivion, recalled to the Retirement Bureau, have kept a treacherous secret for over forty years. But all heroes must choose when to join the fray, and to whom their allegiance is owed—even for just one perfect summer's day.

An Oxford University and Royal Academy of Dramatic Art graduate, Alex Wyndham has voiced everything from Apple iPad campaigns to fertilizer instructions. He's also starred in several BBC and HBO shows, including the Emmy Award-winning Little Dorrit and Rome, and in various films.

In its review of his narration of The Strangler Vine, the Washington Post described him as "brilliant at summoning up the personalities in this exotic, exciting tale." Romantic Historical Reviews writes that he is a "wonderful narrator" and "has an ability to get to the emotional heart of both story and characters."