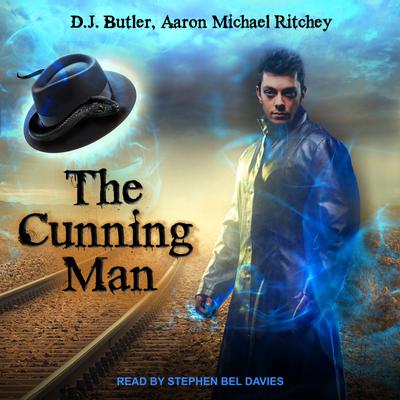 It's the depths of the Depression, and a mining town in Utah is shut down. Something has awakened underground, and now a monster roams the tunnels. Along comes Hiram Woolley. Hiram is a man with mystical abilities derived from the commonsense application of Scot-Irish folk wisdom and German Braucher magic. He possesses an arcane Bloodstone that allows him to see a lie the moment it is spoken. Behind the played-out farms and failed businesses are demons, curses, sorcerers, and unatoned wrongs. Bags of groceries and carpentry won't be enough this time. The job will take a man who has known sorrow. A man who has known war. A man of wisdom. A man of magic. The job will take a cunning man.

Stephen Bel Davies has recorded over a hundred titles in association with Audible Studios, Deyan Audio, Brilliance, and Tantor. He has narrated books by several New York Times bestselling authors, including Jeffrey Toobin, Jennifer Roberson, Piers Anthony, Walter Kern, J. A. Redmerski, and A. G. Riddle. He was trained at The Juilliard School Drama Division.