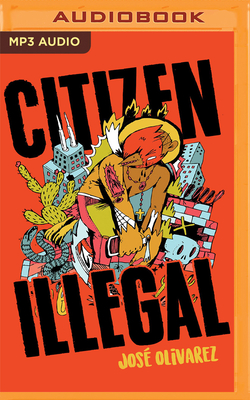 "Olivarez steps into the 'inbetween' standing between Mexico and America in these compelling, emotional poems. Written with humor and sincerity." (Newsweek)

Named a Best Book of the Year by Newsweek and NPR.

In this "devastating debut" (Publishers Weekly), poet Jos Olivarez explores the stories, contradictions, joys, and sorrows that embody life in the spaces between Mexico and America. He paints vivid portraits of good kids, bad kids, families clinging to hope, life after the steel mills, gentrifying barrios, and everything in between. Drawing on the rich traditions of Latinx and Chicago writers like Sandra Cisneros and Gwendolyn Brooks, Olivarez creates a home out of life in the in-between. Combining wry humor with potent emotional force, Olivarez takes on complex issues of race, ethnicity, gender, class, and immigration using an everyday language that invites the listener in, with a unique voice that makes him a poet to watch.

"The son of Mexican immigrants, Olivarez celebrates his Mexican-American identity and examines how those two sides conflict in a striking collection of poems." (USA Today)