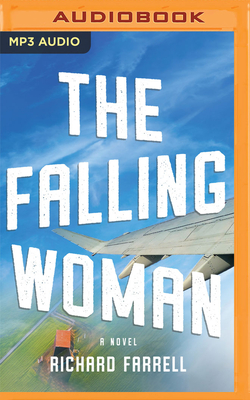 Erin feels that she has reached a breaking point in her cancer treatment. Having gone through two exhausting programs of medication and facing a third, she decides to take a week off from doctors and hospitals and even her family, and to fly from her home in Washington D.C. to a retreat in California that is designed for people like her, cancer victims with no chance of survival. She has reached middle age, is in a mostly loveless, mechanical marriage, has successfully seen her twin daughters enrolled in college and starting their own lives independent of her, has ended an affair she was having with a man in her office, another lawyer, and is facing the reality that for all those people - husband, daughters, ex-lover - she is essentially already dead. So when the plane she is on, headed cross country to San Francisco, encounters extreme turbulence and comes apart in midair, she accepts the reality of the fact that this will be her real death. Only fate has other ideas, for she miraculously survives not only the explosion but also the fall from the sky.

Charlie Radford is a young NTSB investigator who is on the team sent to Kansas to try to determine what caused the crash, and also to find and identify all the bodies. When, several days into his investigation, he hears a rumor that a woman was found alive in a barn, still strapped to her seat, he assumes it is a hoax, but because of word of this "miracle" has reached the media - as well as the men and women in Congress - he is forced to assume responsibility for tracking down the source of the rumor and to find the woman, should she actually exist. So for young Radford, what began as a routine crash investigation becomes a search to find the truth of the story, and then, once he realizes that in fact there is a survivor, he must convince her to come forward. The problem is that once found, Erin refuses to cooperate, having decided that her family has already mourned her death twice; all she wants is to be left alone, to live out what time she has left away from the rest of the world. But then one reporter gets wind of her location, and Radford must decide how to protect this "falling woman" while at the same time answering the commands of his superiors in the government agency.

Fast-paced, and full of twists and surprises, The Falling Woman is a story of the irony of fate, and of which conflicting factor will prevail: the need of the government and its people to know the truth, or the right of a woman to determine how her personal story will play out.