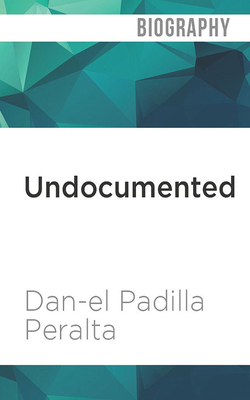 Dan-el Padilla Peralta has lived the American dream. As a boy he came here legally with his family. Together they left Santo Domingo behind, but life in New York City was harder than they imagined. Their visas lapsed, and Dan-el's father returned home. But Dan-el's courageous mother was determined to make a better life for her bright sons. Without papers she faced tremendous obstacles. While Dan-el was only in grade school, the family joined the ranks of the city's homeless. Dan-el, his mother, and his brother lived in a downtown shelter, where Dan-el's only refuge was the meager library. There he met Jeff, a young volunteer from a wealthy family. Jeff was immediately struck by Dan-el's passion for books and learning. With Jeff's help, Dan-el was accepted, on scholarship, to Collegiate, the oldest private school in the country. There Dan-el thrived. Throughout his youth Dan-el navigated these two worlds: the rough streets of East Harlem, where he lived with his brother and his mother and tried to make friends, and the ultra-elite halls of a Manhattan private school, where he could immerse himself in a world of books and where he soon rose to the top of his class. From Collegiate Dan-el went to Princeton, where he thrived and where he made the momentous decision to come out as an undocumented student in a Wall Street Journal profile a few months before he gave the salutatorian's traditional address, in Latin, at his commencement. Undocumented is a classic story of the triumph of the human spirit. It also is the perfect cri de coeur for the debate on comprehensive immigration reform.

The accompanying reference guide is included as a PDF on this disc.