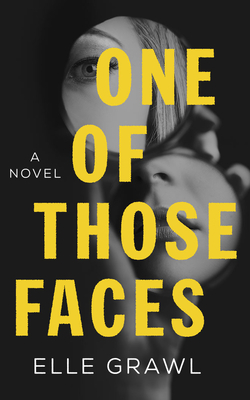 One of Those Faces

From debut author Elle Grawl comes a psychological thriller about an insomniac artist who discovers a shocking truth about a recent spate of murders in her city: the victims all look just like her.

Years after escaping her abusive childhood, Harper Mallen has only ever known sleepless nights--or terrifying nightmares. She's struggling to survive as an artist in a trendy Chicago neighborhood, getting by on freelance gigs, when she's suddenly confronted with the worst fears from her past.

A young woman is killed outside Harper's apartment--a woman who chillingly resembles her. As Harper searches for information about the victim, she discovers unsettling links to two other murders. Upon discovering another doppelg nger, Harper realizes her life is not the only one hanging in the balance.

As her obsession and paranoia deepen, everyone is a suspect: the handsome stranger in the caf , customers at the painting studio, even the ghosts from her past. The closer she comes to unraveling the truth behind the murders, the more Harper realizes there is no one she can trust--not even herself.