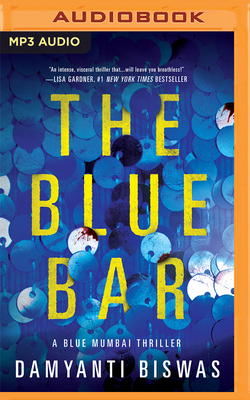 On the dark streets of Mumbai, the paths of a missing dancer, a serial killer, and an inspector with a haunted past converge in an evocative thriller about lost love and murderous obsession.

After years of dancing in Mumbai's bars, Tara Mondal was desperate for a new start. So when a client offered her a life-changing payout to indulge a harmless, if odd, fantasy, she accepted. The setup was simple: wear a blue-sequined saree, enter a crowded railway station, and escape from view in less than three minutes. It was the last time anyone saw Tara.

Thirteen years later, Tara's lover, Inspector Arnav Singh Rajput, is still grappling with her disappearance as he faces a horrifying new crisis: on the city's outskirts, women's dismembered bodies are being unearthed from shallow graves. Very little links the murders, except a scattering of blue sequins and a decade's worth of missing persons reports that correspond with major festivals.

Past and present blur as Arnav realizes he's on the trail of a serial killer and that someone wants his investigation buried at any cost. Could the key to finding Tara and solving these murders be hidden in one of his cold cases? Or will the next body they recover be hers?