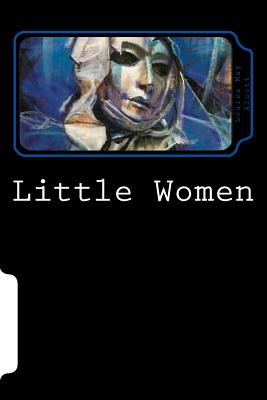 Four teenaged sisters and their mother, Marmee, live in a new neighborhood (loosely based on Concord) in Massachusetts in genteel poverty. Having lost all his money, their father is acting as a pastor, miles from home, involved in the American Civil War. The women face their first Christmas without him. Meg and Jo March, the elder two, have to work in order to support the family: Meg teaches a nearby family of four children; Jo assists her aged great-aunt March, a wealthy widow living in a mansion, Plumfield. Beth, too timid for school is content to stay at home and help with housework; Amy is still at school. Meg is beautiful and traditional, Jo is a tomboy who writes; Beth is a peacemaker and a pianist; Amy is an artist who longs for elegance and fine society. Jo is impulsive and quick to anger. One of her challenges is trying to control her anger, a challenge that her mother experiences. She advises Jo to speak with forethought before leaving to travel to Washington, where her husband has pneumonia. Their neighbour, Mr Laurence, who is charmed by Beth, gives her a piano. Beth contracts scarlet fever after spending time with a poor family where three children die. Jo tends Beth in her illness. Beth recovers, but never fully. As a precaution, Amy is sent to live with Aunt March, replacing Jo, while Beth was ill and still infectious. Jo has success earning money with her writing. Meg spends two weeks with friends, where there are parties for the girls to dance with boys and improve social skills. Theodore 'Laurie' Laurence, Mr. Laurence's grandson, is invited to one of the dances, as her friends incorrectly think Meg is in love with him. Meg is more interested in John Brooke, Laurie's young tutor. Brooke goes to Washington to help Mr. March. While with the March parents, Brooke confesses his love for Meg. They are pleased but consider Meg too young to be married. Brooke agrees to wait but enlists and serves a year or so in the war. After he is wounded, he returns to find work so he can buy a house ready for when he marries Meg. Laurie goes off to college, having become smitten by Jo. Three years later, Meg and John marry and learn how to live together. When they have twins, Meg is a devoted mother but John begins to feel left out. Laurie graduates from college, having put in effort to do well in his last year with Jo's prompting. He realises that he has fallen in love with Jo. Sensing his feelings, Jo confides in Marmee, telling her that she loves Laurie but as she would love a brother and that she could not love him romantically. Laurie proposes marriage to her and she turns him down.
or
Buy Here
Copyright © 2020 American Booksellers Association