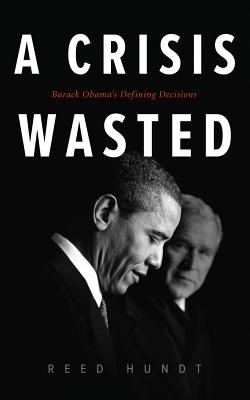 This book is the compelling story of President Obama's domestic policy decisions made between September 2008 and his inauguration on January 20, 2009.

Unlike all other presidents except Abraham Lincoln--who decided not to allow slavery to expand westward before he was sworn in--Barack Obama determined the fate of his presidency before he took office. The results of these fateful decisions led to Donald Trump, the worst person Obama could have imagined, taking his place eight years later.

This book describes how and why these decisions were made, and discusses whether the outcomes could have been different. Based on dozens of interviews with actors in the Obama transition, as well as the author's personal observations, this book provides unique commentary on those defining decisions of winter 2008-2009.

A decade later, the ramifications of the Great Recession and the role of government in addressing the crisis are the reasons behind the ideological battle between progressivism and neoliberalism in the Democratic Party and the continuing struggle for direction in the Republican Party. As many seek the presidency in the November 2020 election, all candidates and of course the eventual winner will face decisions that may be as critical and difficult as those confronted by Barack Obama. This book aims to provide them guidance from history.