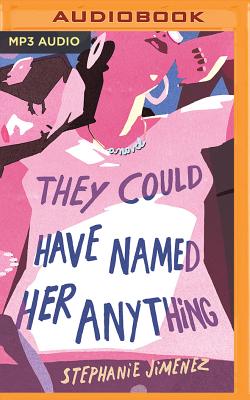 They Could Have Named Her Anything

Racism, class, and betrayal collide in this poignant debut novel about restoring the broken bonds of family and friendship.

Every morning, seventeen-year-old Maria An's Rosario takes the subway an hour from her boisterous and close-knit family in Queens to her private high school on the Upper East Side, where she struggles to fit in as one of the only Latina students--until Rocky welcomes her into this new life. White, rebellious, and ignored by her wealthy parents, Rocky uses her money toward one goal: to get away with anything. To Maria, it's a dazzling privilege.

As a bond develops between these unlikely friends, neither can see what they share most--jealousy and the desire for each other's lives. But crackling under the surface of their seemingly supportive alliance, the girls begin to commit little betrayals as they strive to get closer to their ideals regardless of the consequences.

Told from the perspectives of Maria, Rocky, and their fathers, They Could Have Named Her Anything explores the heartfelt expectation of what it means to live up to the name you've been given and the more rewarding discovery of what really matters.