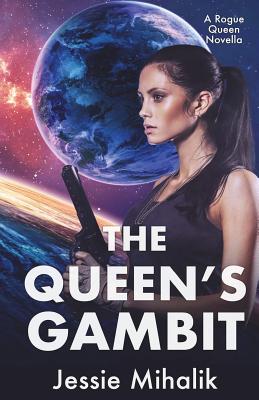 When the Quint Confederacy and the Kos Empire went to war-again-Queen Samara wisely kept her Rogue Coalition out of the conflict. But staying neutral in a galactic war doesn't pay the bills, not when both sides refuse to trade with neutral sectors. With her people on the brink of starvation, Samara hatches a daring plan to snatch the kidnapped Kos Emperor from the Quint mercenaries holding him. The Kos Empire will pay a fortune for their emperor's return, enough to feed the Coalition's citizens while they wait for the return to a begrudging peace. But when her plan goes sideways, Samara finds herself evading Quint mercenaries with the very man she intends to capture. And the more time she spends with Valentin Kos, the more she realizes that he's not the coldly indifferent villain she imagined. Torn between duty and desire, Samara must decide if saving her people is worth giving up the one thing she's always wanted.

Jessie has a degree in Computer Science and a love of all things geeky. A software engineer by trade, Jessie now writes full-time from her home in Central Texas. When she's not writing, she can be found playing co-op videogames with her husband, trying out new boardgames, hiking, or reading. Her debut novel, Polaris Rising, comes out in early 2019 from Harper Voyager.
Loading...
or support indie stores by buying on