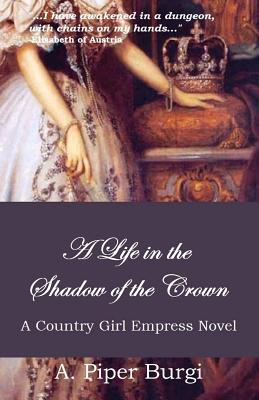 A Life in the Shadow of the Crown

The stressful wedding festivities are finally over, and Sisi and Franz Joseph can begin to navigate their lives together. However, fresh challenges await the newlywed couple. When Sisi, the Country Girl Empress, from the Bavarian Possenhofen became Emperor Franz Joseph's wife, she was only sixteen years old. The child-woman who is admired everywhere for her beauty and unaffectedness, and who feels most at home on top of a horse, soon realizes that the imperial throne is much more uncomfortable than a saddle, and that it is her highest duty to give birth to an heir. The young Empress finds a great and unfortunately indomitable opponent in her mother-in-law, the Archduchess Sophie, who not only harasses Sisi but also treats her like a child. No wonder that Sisi's duel with this overpowering opponent spans years, and gives her destiny a more and more tragic course, which the Empress seeks to escape with her never-ending search for happiness far away from the Viennese court. The political climate throughout 19th century Europe is precarious. Hungary demands its independence from Austria's rule, but the monarchy cannot afford the loss of Hungary's resources. Unable to get help from the French unless Austria attacks first, Sardinia provokes its neighbour with a series of military manoeuvers close to their border. As predicted, the Austrian government demands the complete demobilization of the Sardinian army. When the ultimatum is not heeded, Austria feels it has no other choice but to declare war on Sardinia, thus drawing France into the conflict. Meanwhile in Vienna, Archduchess Sophie attempts with all her might to teach her new daughter-in-law what it means to be a proper Empress, since the young woman insists on behaving like a tomboy. Even after giving birth twice, Sisi's standing at the imperial court does not improve, since the long-awaited Crown Prince has yet to arrive. Will the icy atmosphere at the Hofburg Palace, the almost inhumane protocol and the constant rules prove too much to bear for the young Empress?

A. Piper Burgi has pursued a variety of diverse careers. After honorably completing her tour of duty in the Air Force, and a short stint as an Air Force contractor, she began her journey as a military spouse, moving with her pilot husband from coast to coast. She is the author of five non-fiction books and recently added the historical fiction novels IN THE SHADOW OF HER MAJESTY and THE COUNTRY GIRL EMPRESS to her ever-expanding collection of published writings. Piper began her writing career shortly after her mother passed away unexpectedly. Just a few months prior she had asked for Piper's help to get her memoirs published, but neither had any idea where to begin. As Piper worked hard to keep her promise to her late mother, she found, she needed some balance between the sad memories of her mother's passing and her active lifestyle. She found that by writing her own stories. A lifelong student and lover of history, Mrs. Burgi was always and still is fascinated with historical events. She grew up with stories about the most beautiful and fascinating Empress Elisabeth of Austria, and remembers all too well, the first time she heard of the English King Henry VIII and his six wives in high school. In 2011, after she picked up a few books about the iconic Henry and his many wives on a whim, she was hooked once again. This simple step reignited her love of history, and she has not stopped learning ever since In addition to her six current books, Piper also has over 400 articles and blog posts published online, as well as in the German Women's Magazine Mach Mal Pause, which roughly translates to Take a Break. As an animal rights advocate, she fosters dogs and puppies and supports various animal rescue organizations. Her great affinity for animals and nature led her to write and publish the canine health book LIVING WITH CANINE EPILEPSY in November 2015 to help raise canine epilepsy awareness - a cause near and dear to her heart. When she is not busy chasing after her three dogs or holding on tightly to a good cup of coffee, she can be found typing away on her computer. To learn more about the author, please visit her website at www.authorapiperburgi.com.
Loading...
or support indie stores by buying on