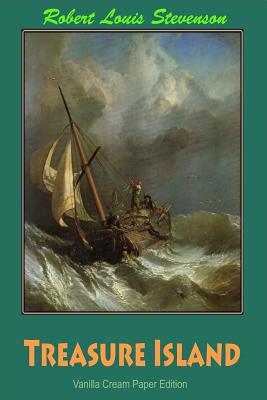 Rare edition with unique illustrations and elegant classic cream paper. Robert Louis Balfour Stevenson (13 November 1850 - 3 December 1894) was a Scottish novelist, poet, essayist, and travel writer. His most famous works are Treasure Island, Kidnapped, and Strange Case of Dr Jekyll and Mr Hyde. A literary celebrity during his lifetime, Stevenson now ranks among the 26 most translated authors in the world. His works have been admired by many other writers, including Jorge Luis Borges, Ernest Hemingway, Rudyard Kipling, Marcel Schwob, Vladimir Nabokov, J. M. Barrie, and G. K. Chesterton. Jim Hawkins has led an ordinary life as an innkeeper's son until the day he inadvertently discovers a treasure map in a trunk belonging to an old sea captain, and thus, suddenly, his ordinary life turns into the extraordinary adventure of a lifetime. Jim and his companions decide ato follow the map to the coast of South America to find their fortune, but their plans run awry when they discover that the ship's crew is comprised primarily of pirates - out to claim the treasure as their own If he ever wants to return home, Jim must outsmart Long John Silver and his gang, using all the cunning he can muster to come up with a plan to defeat the pirates, and to find the treasure. Includes a lot of the unique illustrations.