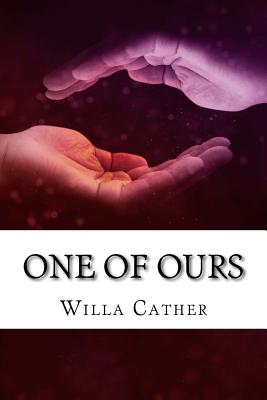 One of Ours is a novel by Willa Cather, first published in 1922. The novel won the 1923 Pulitzer Prize for the Novel. One of Ours tells the story of the life of Claude Wheeler, a Nebraska native around the turn of the 20th century. The son of a successful farmer and an intensely pious mother, he is guaranteed a comfortable livelihood. Nevertheless, Wheeler views himself as a victim of his father's success and his own inexplicable malaise.The novel is divided into two parts: the first half in Nebraska, where Claude Wheeler struggles to find his life's purpose and is left disappointed, and the second in France, where his pursuit of purpose is vindicated. A romantic unfulfilled by marriage and an idealist without an ideal to cling to, Wheeler fulfills his romantic idealism on the brutal battlefields of 1918 France.One of Ours is a portrait of a peculiarly American personality, a young man born after the American frontier has vanished, whose quintessentially American restlessness seeks redemption on a frontier far bloodier and more distant than that which his forefathers tamed.