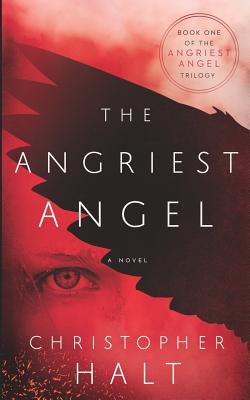 "It's science fiction, without the science."
-D.M. Wozniak, author of The Perihelion

They've lived among us for decades without incident. Until now.

The Caelans are a nonviolent and technically advanced people who long ago conquered anger and interstellar travel. Virtually indistinguishable from us, they hide in plain sight. They live in our neighborhoods and work in our offices.

But something unexpected happens at their base of operations in the Midwestern United States. Anger begins to infect some of them-like a disease. When the mysterious outbreak takes their leader, Regulus Lafaye, he becomes hostile and violent. He even abuses his mind power, psy, in order to control others.

The Caelans' peaceful nature makes it impossible for them to stand up to Lafaye's aggression, until Avery-one of the uninfected-stumbles upon an unlikely hope: Chase Madison, a plucky criminal recently incarcerated for selling his ADHD meds. Avery discovers that Chase's ADHD makes him immune to the Caelans' psy, and therefore key to the cure.

It also makes him a target.

This imaginative story "deserves all the attention it can get."
-Kirkus Reviews (starred review)