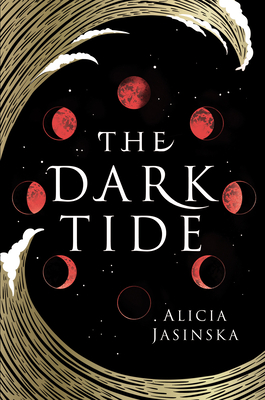 A gripping, dark enemies to lovers LGBTQ+ YA fantasy about two girls who must choose between saving themselves, each other, or their sinking island home.

Perfect for fans of: The Wicked Deep and A Curse So Dark and LonelyWitchy talesDark fantasy fictionLGBTQ booksEnemies to lovers romance

Praise for The Dark Tide:
"Striking the perfect balance, The Dark Tide demands to be read in one held breath as its tide bears down on all."--Foreword, Starred Review
"A dark scenic adventure, sensitively written for romantics, Jasinska's debut novel is a fantasy of promises, betrayal, unrequited love, and black magic."--School Library Journal, Starred Review
"The Dark Tide is the dark, queer fantasy of your dreams that's part beauty and the beast, part something entirely new and original... a lush world that begs to be lived in... It's beautiful, and fast paced, and everything I ever want from a fairy tale."--Cat VanOrder, Bookmarks (Winston-Salem, NC)
"Fans of the enemies-to-lovers trope will be ecstatic with this book...The Dark Tide offers an exciting and immersive story with a strong feminist slant that subverts common YA tropes and forges its own original path."--The Nerd Daily