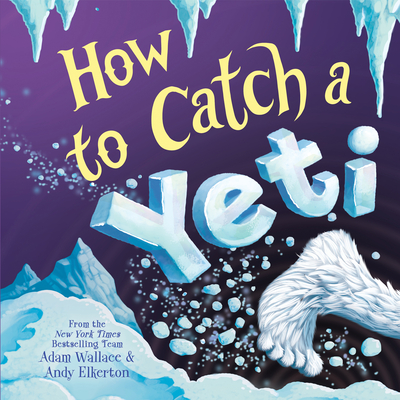 How to Catch a Yeti

From the New York Times and USA Today bestselling team comes a new, epic winter adventure in the How to Catch series!

When our brilliant Catch Club Kids hear about the legendary Yeti, they head to the mountains to catch a glimpse and prove it really exists! Full of hilarious high jinks, bright illustrations, and clever STEM traps, this funny picture book for kids is a fun-filled ride you won't want to miss! Will our Catch Club Kids prove the Yeti exists, or will he remain a mystery to the world?

We've all heard unexplained tales of the Yeti, Bigfoot, Sasquatch, and more... do YOU have what it takes to catch one? Find out in this action-packed story for children, the perfect read aloud all winter, as a Christmas gift for kids, for classroom activities, and beyond!

Legend has it there lives a beast we really want to meet.

I know the Yeti does exist, and I can prove it too!

And with my friends, we'll find him fast before the day is through!

Also in the How to Catch Series:

Adam Wallace is a children’s writer and cartoonist living in Australia. He is the author of the New York Times bestselling How to Catch series and The Holiday Heroes Save Christmas.

Andy Elkerton is a children’s book illustrator who loves to create creatures that are impossible to catch! He is known for his work on the New York Times bestselling How to Catch series and is based in the United Kingdom.