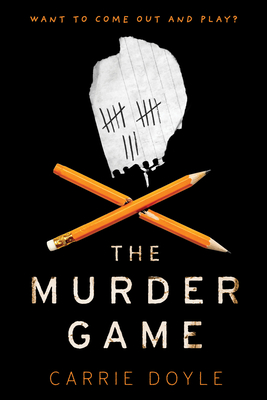 What if your roommate is a murderer? Or what if he's being framed and only you can save him?

Luke Chase made history as a child when he escaped a kidnapping. Now, all he wants is to be a normal teenager. So when he sneaks out to the woods one night to drink with friends and flirt with the new British girl at school, he's excited to feel some freedom.

Except the next morning, one of their teachers is found murdered--in the exact same spot where they had been partying. Soon, Luke's roommate and best friend Oscar is the #1 suspect.

As the evidence and list of suspects builds, Luke attempts to use his famous survival skills to find the killer and clear Oscar's name. But as Luke gets closer to the truth, the killer is getting closer to Luke.

The Murder Game is perfect for fans of: They Wish They Were Us and One of Us Is LyingMurder mystery books for teensTeen thrillersYoung adult suspense