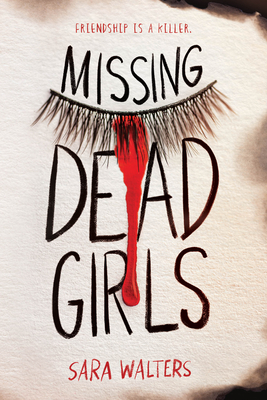 What is friendship without a few secrets?

It wasn't Tillie's choice to leave Philadelphia. But after everything that happened junior year, her mom insisted the quiet suburb of Willow Creek was the perfect place to get a fresh start, to put the trauma and rumors behind them.

Madison Frank is the perfect distraction. Beautiful, fun, and from the wealthy side of town, Madison is the kind of girl who has a pull stronger than gravity. She commands attention, even inspires obsession. And by the end of summer, Tillie's forgotten everything—everyone—she left in Philadelphia. Almost.

Then Madison goes missing. A photo of her bloody body is texted to the whole student body…from an account with Tillie's name on it. Tillie's caught in a tangled web of secrets that will destroy her if they surface…and will destroy everyone she loves if they don't.

"Claustrophobic and intriguing... a novel that will keep you hooked all the way."—The Nerd Daily on The Violent Season

Pick up Missing Dead Girls if you're looking for:

SARA WALTERS works as an advocate for victims and survivors of domestic and sexual violence in central Pennsylvania. Previously, she worked as a reproductive rights advocate and a college instructor. She earned her MFA in Creative Writing at the University of South Florida, and studied children's and young adult literature while earning her doctorate in education at the University of Tennessee. She believes in the power of storytelling as a voice for survivors, and aims to give space to the stories too often silenced. She is the author of The Violent Season and Missing Dead Girls.