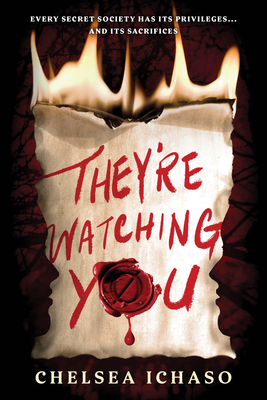 When a secret society has you in their sights, it can lead to power, privilege... or death.

It's been two weeks since Polly St. James went missing. The police, the headmistress of Torrey-Wells Academy, and even her parents have ruled her a runaway. But not Maren, her best friend and roommate. She knows Polly had a secret that she was about to share with Maren before she disappeared— something to do with the elite, ultra-rich crowd at Torrey-Wells.

Then Maren finds an envelope hidden among Polly's things: an invitation to the Gamemaster's Society. Do not tell anyone, it says. Maren is certain her classmates in the Society know the truth about what happened to Polly, though it's no easy feat to join. Once Maren's made it through the treacherous initiation, she discovers a world she never knew existed within her school, where Society members compete in high-stakes games for unheard-of rewards—Ivy League connections, privileges, favors.

But Maren's been drawn into a different game: for every win, she'll receive a clue about Polly. And as Maren keeps winning, she begins to see just how powerful the Society's game is—bigger and deadlier than she ever imagined. They see, they know, they control. And they kill.

Chelsea Ichaso writes twisty thrillers for young adults. A former high school English teacher, she currently resides in southern California with her husband and children. When she's not reading or writing, Chelsea can be found on the soccer field.
Loading...
or support indie stores by buying on