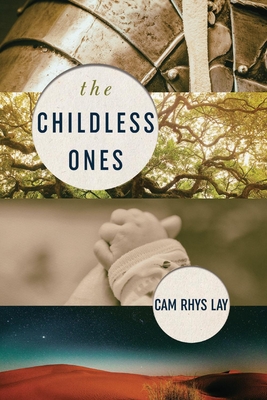 TWO WORLDS...TWO ALTERNATING NARRATIVES...A REALIST RELATIONSHIP DRAMA...AN EPIC FANTASY...In the "real world," we open with Jack Ampong just leaving a prostitute when he receives a phone call that his wife Sarah has been assaulted. With this incident as a jumping off point, we watch as Jack and Sarah deal with past guilt and regrets as well as their own ongoing struggles with relationships, infertility and parenthood.In the "fantasy world"-ostensibly written by Jack-a bureaucratic Empire rules with an iron fist...an ancient sect of sorcerers have extraordinary powers but are cursed with the inability to have children... and a race of beings called the Mandrakar live lives one quarter the length of normal people, but have memories that are passed on to future generations through the last of an ancient breed of tree. Along the way, we meet a crotchety governor who just wants to do right by his granddaughter, a hardboiled, lesbian, dwarf detective who just wants another drink, and a villainous sorcerer whose motives form one of the central mysteries of the story.Throughout the book, the two narratives echo off one another-often in surprising ways-ultimately commenting on the very nature of storytelling itself.

Cam Rhys Lay was born in California and received his MFA in creative writing from the University of Kansas. He currently lives in Brooklyn where he runs marketing for an education startup. This is his first novel. To learn more about Cam and his writing, go to www.camrhyslay.com.
Loading...
or
Not Currently Available for Direct Purchase