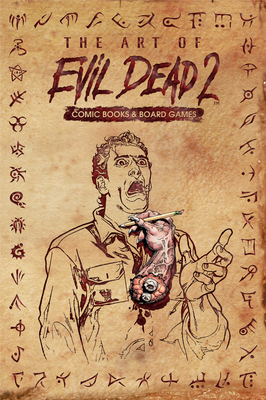 Frank Hannah (1971) was born in Clydebank, Scotland, but grew up in Southern California in the shadow of Hollywood. Primarily a screenwriter, Frank writes for film and television, but has also written video games and comic books. His first produced film, The Cooler, became an indie sensation at the 2003 Sundance Film Festival. He continues to work as a freelance writer.

Oscar Bazaldua began his career as a comic book artist and illustrator in 1977 for Heavy Metal megazine. Oscar's breakout success in North American comic books began with his run on the Evil Dead 2 comic book series, including Beyond Dead by Dawn, Cradle of the Damned, and Dark Ones Rising.

Dave Land has worked as a comics editor since 1996 including fifteen years as a Senior Editor with Dark Horse Comics, working on titles including Star Wars, Tony Millionaire’s Sock Monkey, Sergio Aragonés' Groo, and Conan. Dave's books have won three Eisners and one Harvey and he has worked with two successive Russ Manning award winners, Jerome Opeña (2003) and Eric Wight (2004). He's worked with licensors including Lucasfilm, Fox, Blizzard, Pixar, and Disney as well as some of the world’s best comics creators including the legendary Jerry Robinson, Al Williamson, and Carlos Meglia. Dave is also proud to have written the series Werewolves on the Moon: Versus Vampires with the Fillbach Brothers and the series Star Wars: Infinities — The Empire Strikes Back. Dave spends his time trying not to take life too seriously with his wife, daughter, and two cats in Portland, Oregon.