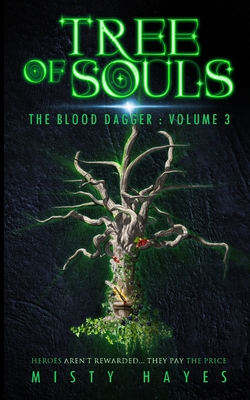 The end of a saga.

The epic battle between angel and vampire begins in this third installment in the Blood Dagger series.

Ever since his meeting with a group of all-powerful angels calling themselves the Grigori went awry, things aren't looking up for Corinth Taylor or for his best friend, Larna Collins.

After Corinth was almost stabbed to death, Alastair Iszler, Corinth's brother-in-arms, heroically stepped in to save Corinth's life--thereby sacrificing his own in the process.

Larna, still reeling after losing the love of her life, has only one mission in mind: kill the vampire who tortured Corinth. Sarah. But things aren't so cut and dry anymore when friends turn into enemies and enemies turn into friends. Trusting Gabriel Stanton, the leader of one of the most powerful vampire clans in the world, might just be enough to cause his downfall by her hands.

Especially since she has the worst kind of history with him--the killing-your-father kind.

Will Corinth make it through his transition to become a vampire? Will the Grigori's plan at world domination come into fruition? Can they pull together in time to stop the threat?

Find out in the last and most action-packed novel in the Blood Dagger series. It will not disappoint. A must-read from start to finish.