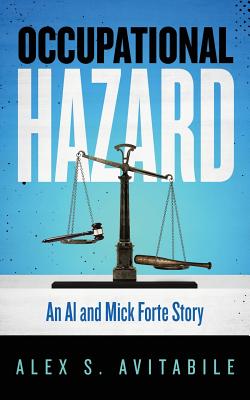 An Al and Mick Forte Story

Revisit the "mean streets" of MOTHERLESS BROOKLYN with this tale about two cousins, both of whom grew up back in the day on those very same mean streets of South Brooklyn, who team up against a powerful bully who will stop at nothing to defeat a foe.

One cousin is Al Forte, a highly competent and fair-minded attorney. The other is Mick Forte, a "semi-reformed" Mafioso. Cousin Al is not so sure about the extent of cousin Mick's reformation.

The bully is Gordon Gilbert, the brilliant, former head of the powerhouse law firm he built, who is now a Deputy Mayor and remains as power-hungry and ruthless as ever.

Al is retained by a desperate Mary Woodley to sue Gilbert whom she says impregnated her and fathered a child he refuses to acknowledge and support.

Despite having little litigation and no family law experience, Al readies himself to sue Gilbert for child support. Mick warns Al that the real battle will be not in the courtroom, but on the streets, Mick's turf, as Gilbert and his goons will surely resort to "dirty tricks" to thwart Al's efforts.

Al initially rejects Mick's offer to help, fearing such a loose cannon will undermine his legal battle against Gilbert. Al reconsiders after he finds himself in jail, where he awakens to the nature of the adversary he is up against.

Will Al, even assisted by Mick and his considerable street smarts, be a match for devious Gilbert and his superior resources? Will justice for Mary be achieved in the courtroom or on the streets--if at all?