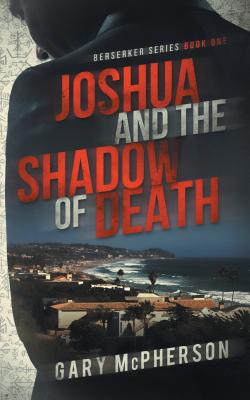 Joshua and the Shadow of Death (Berserker #1)

For a doctor to help his patient,

He must first stay alive...

Joshua is the leading doctor in handling Berserker syndrome - a disorder which sends someone into a blind and dangerous rage. With his expertise, he the natural choice for treating Harold - the unstable orphan and adopted son Richard Brown, a millionaire military arms manufacturer. Even so, Joshua finds that he's making no headway as a live-in psychiatrist.

But when Richard takes his own life, Harold's mental stability is not only worse but suddenly not Joshua's biggest concern. Quickly, the doctor finds himself plunged into a world of danger, blackmail, and corruption he never imagined. In the twist of events, he now must work alongside his unstable patient, not only to discover the truth of Richard's suicide and bring those responsible to justice, but also to survive...

Fast-paced, action-packed, and page turning, this phycological thriller is the first installment in the Berserker Series. Readers who enjoy works by authors such as Diane Moody, A. H. Wang, Richard Wake, Creston Mapes, and George won't want to miss Joshua and the Shadow of Death. Read it now

Gary McPherson (1966-) was born in Sacramento, California, and spent most of his childhood in Westminster, Ca. For most of his adult life Gary has lived in North Carolina. He and his wife have lived in Charlotte, NC for the past twenty six years. Together they have traveled much of the U.S. and have been enjoyed visiting parts of the globe. It is Gary's love of travel and meeting new people and cultures that has led him to change his career from Computer Engineer to Author. He enjoys taking memories and moments to create characters that transition and grow as they work their way through a fictional world born from actual experiences. Gary's favorite writing genre is mystery/thrillers. His first novel, "Joshua and the Shadow of Death" is slated for release in the Fall of 2018
Loading...
or support indie stores by buying on