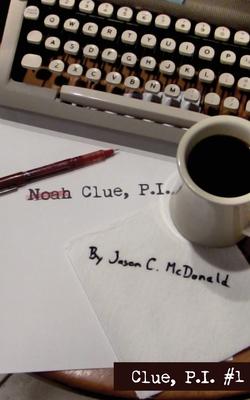 Noah Clue is at a dead end, having just been fired by his latest client, when his cousin shows up with an offer to help salvage his career. But what happens when an unobservant private investigator and a fastidious legal secretary team up? They turn Seattle upside down

Coming off an unbroken chain of failed cases, Noah is surprised when he's hired by a high-powered executive to investigate a string of suspicious truck hijackings. When the case takes a deadly turn, tempers begin to flare. The clock is ticking as Noah and Dee track down a desperate killer - if they don't strangle each other first.

It Reminds Me Of A Game

While searching for a new office, Noah and Dee discover the body of an infamous con artist in a pool of blood. With a high-stakes wager with Captain Gregg Warren in the balance, and no shortage of suspects, the duo will have to pull their most daring trick yet. Dee hasn't played all of her cards just yet...but one just might get someone killed.

How To Get Murdered In Three Easy Steps

A motivational speaker drops dead in a green room, and Noah is hired by the conference director at a premium to find the cause. But why hire a P.I. before the body's even cold? Just how much crazy can one seminar hold? And what happens when burritos seek revenge? Accompanied by his newly minted secretary and an annoyingly quiet Dee, Noah goes on the hunt for answers.

While attending a concert on a double date, Noah is witness to the death of a music professor. The police detective snaps up a suspect, a colleague of the victim, in no time, but Noah isn't convinced of her guilt. He'll have to fight through red tape and campus politics to make the clues harmonize and prove the professor's innocence. What a time for Dee and Bryan to take their vacations

"Jason C. McDonald's unique, quirky and entertaining writing style keeps the page turning and the reader guessing. Noah Clue, P.I. is a character you won't soon forget, and you'll find yourself hoping that he turns up in the next story you read. Highly recommended." --Rene Gutteridge, novelist and screenwriter