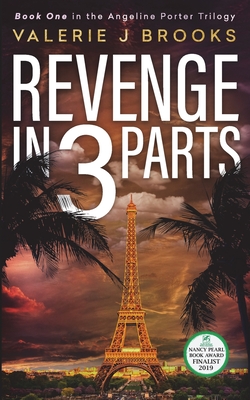 She fought for justice. Now she seeks revenge.

In this gripping psychological thriller and debut noir that takes the reader from Paris to Portland, Oregon, and finally to Kauai, criminal attorney Angeline Porter is forced to fight crime outside the law. Angeline thrives on crime--righting wrongs, fighting for justice, putting away murderers. But after rebuking the sexual advances of the head of her firm, plus putting away his friend, a serial rapist, Angeline is disbarred.

When Angeline's beautiful, but troubled sister Sophie commits suicide, she seeks to right the myriad of injustices that provoked her sister and acts to avenge her death.

Guilt for not protecting Sophie drives Angeline to investigate, and after discovering Sophie had a secret life, Ang knows she's in danger. She will lose everything, including her husband, as she battles an FBI agent, a stalker, an international crime extortionist racket, and an obsessively friendly neighbor. To maintain her grip on reality, she drinks, pops meds, and smokes in order to battle secretive, powerful forces that will do anything to stay on top.

"... a whirlwind of deceit, theft, blackmail, and worse."

"... a striking and complicated protagonist."

"With its breakneck pace, intriguing cast of characters, and unabashed eroticism, Revenge in Three Parts is a wild, wicked, and utterly delightful ride." --Tim Applegate author of Fever Tree

"With a whip-crack voice and delicious twists, Revenge is a thoroughly engrossing page-turner."--Bill Cameron, author of the award-winning Skin Kadash mysteries