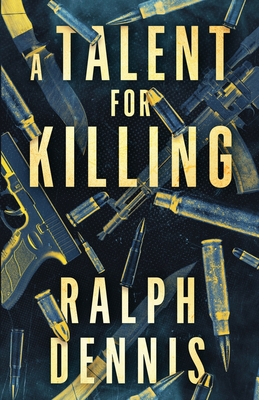 A Talent for Killing

"A breathless, lean noir thriller. Every line is razor sharp and without an ounce of fat. Jason Bourne fans will find a lot to like." Publishers Weekly

LONG BEFORE JASON BOURNE, THERE WAS KANE

Kane was a top CIA assassin until he suffered traumatic physical and psychological injuries in a mission that went horribly wrong. The Agency wiped his memory, gave him a new identity, and retired him to a life of mundane, anonymous domesticity. But his training, and his talent for killing, came back with a vengeance. He created a new life for himself as a killer-for-hire, righting wrongs for people who can't find peace or justice any other way. He doesn't know that his memories are fiction, or that he is always being watched, or that he's been targeted for death by a rogue faction within the Agency.

A TALENT FOR KILLING

In this brutal, fast-moving thriller from Ralph Dennis, the author of the legendary Hardman series of crime novels, Kane finds himself caught between the mob, Cuban revolutionaries, and his own government as he seeks retribution for a man murdered for uncovering small-town corruption...and justice for another man on death row, falsely convicted of raping and murdering a child.

"Like Chandler and Hammett before him, Dennis was trying to do something different with what was thought of as throwaway literature." Joe R. Lansdale