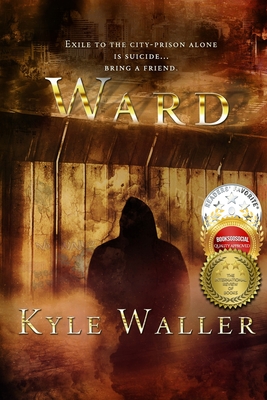 Up The River? Or Down In The Dirt?

Summary Execution has become the preferred fate in a place where even angels fear to tread. Those unwise who elected for prison or are deemed unworthy of a quick death are condemned to The Ward, the former capital-city-converted-city-prison of Sacramento, California.

Among the Grim Reapers coming in the forms of smiling rib cages and riding out the eleventh-hour, cannibal-afflicted Vikings, a Roman-inspired death cult, and a paranoid Mafia Syndicate, wage an ever cascading campaign of annihilation against one another.

It is in this war-ravaged tomb, where the Angel of Death and Tango Primary Five are destined to meet.

With darker forces at play seeking to destroy any last hope of salvation, Tango Primary Five and the Angel of Death are left with no alternative:

Unite The Ward... or choose a side.

Prepare to enter a dystopian world where mental illness waits in the darkness to have a real conversation with you.

Fans of Hugh Howey and Cormac McCarthy will find themselves at home with Ward.