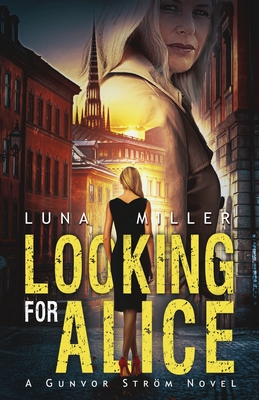 In Swedish author Miller's thriller series starter set in and around Stockholm, an aging private investigator and her young team take on a seemingly simple adultery case that proves to be complex, indeed. Nadja Franz n's ordinarily staid husband, Mikael, has been acting strangely. He's been staying out late at night, claiming to be working but coming home drunk, and his wife has concluded that he's having an affair. She hires a private detective agency to investigate, and her case is assigned to investigator Gunvor Str m, a former surgeon in her mid-60s. As she pursues Mikael from bar to bar, it quickly becomes apparent that he's involved in something altogether more sinister than garden-variety adultery. As a sexagenarian, though, Gunvor struggles to be inconspicuous at the Stockholm nightspots that Mikael frequents, so she recruits two young acquaintances to be her eyes and ears: Elin, a rather plain teenager with low self-esteem, and David, an immature dropout. The trio soon forges a plan to uncover the truth. After some bodyguards viciously attack Mikael, though, Nadja reconsiders the investigation--and things take a very dark turn when a brutal murder is broadcast live to paying customers.

In Gunvor Str m, Miller, the author of the thriller Three Days in September(2016), has crafted an entertaining heroine--a modern Miss Marple with a social conscience and some impressive aikido skills. For the most part, the author also deftly handles this first installment of her new series; the storytelling, as translated from the Swedish by Isherwood, is slick, with strong dialogue, intelligent plotting, and convincing character development throughout. Looking for Alice is a] ... punchy Nordic noir.