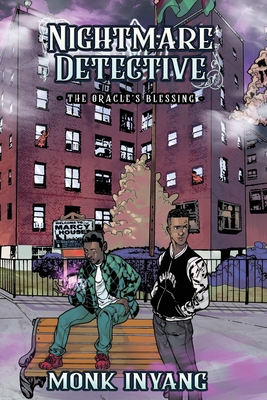 Uko Hill is starting his sixth grade year at a new school, Robeson Middle. On top of trying to get acquainted with his new classmates, he's been charged with an incredible mission in Pangea - get rid of Chief and the Coyotes. In order to accomplish something that's never been done in the dreamworld of Pangea, he will have to learn what it takes to be a true leader. He meets new characters in his travels and eventually gets the attention of the all-seeing Oracle herself - a woman so sought after, her whereabouts are unknown and constantly changing. Can he take the Nightmare Detectives to places they've never been before in order to reach his goal?

There are people who believe he can. He just has to believe it himself.

"The Oracle's Blessing" is the second book in the Nightmare Detectives trilogy, a series that celebrates diversity and boundless imagination.