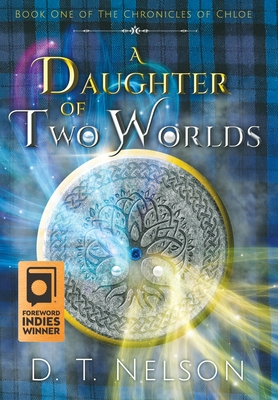 A Daughter of Two Worlds

Winner of the 2019 Foreword Indies Award in Fantasy

Chloe Mikaelsson barely remembers her mother, and her father refuses to talk about her death. Her best friend has suddenly stopped returning her phone calls. If that wasn't bad enough, some creepy cosplay guy is stalking her. She can't imagine things getting worse. Then a group of masked strangers in dark cloaks, armed with swords and magic, invade her home and drag her sister into the forest behind their house. Before her father dies, he places the key to his bedside trunk into her hand and makes her promise to go after her sister. No police.

With reluctance, Chloe and her closest friends pursue the kidnappers. Thrown into a land of magic controlled by a brutal cabal of necromancers, Chloe is forced to question everything she was told about her life. If she can discover where they took her sister, perhaps she might also find the answers to all her questions. But as the losses begin to mount, she starts to wonder if the price for that knowledge is too high.

A Daughter of Two Worlds is the first novel in The Chronicles of Chloe fantasy series. If you like dark fantasy adventures, awash in magic, betrayal, and sacrifice, then you'll love the first installment of D. T. Nelson's epic fantasy series