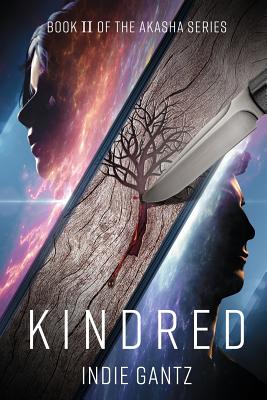 In Kindred we find the Damuzi twins settling into their new home with Kori Lark's family. Desperate to keep the dangerous truth of their identity a secret, Charlie and Tirigan educate themselves on everything that was kept from them, while delving deeper into their mother's past.

In the future, Tirigan is dealing with the complicated emotions that overwhelm him after the events of Passage. In an attempt to control the situation, Tirigan turns inward and cuts himself off from those who need him most.

By the time Charlie and Tirigan's timeline's merge, a burning mystery is solved, and more than one relationship begins to unravel.