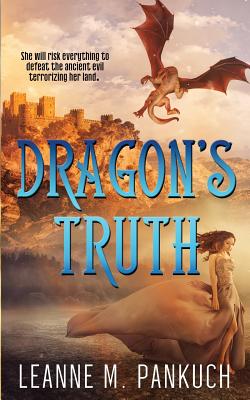 Fourteen-year-old Rhyannon loves running in the woods and dreams of dragons, wizards, and magic. Overshadowed by her beautiful sister Elspeth, she longs to escape the ordinary future that awaits. When her mysterious uncle arrives at the castle, Rhyan thinks this could finally be her chance at adventure. But her hopes are dashed when her uncle reveals that it is Elspeth who has inherited the family's ancient magical power.

Rhyan hardly has time to be jealous before Elspeth is kidnapped, and their uncle goes missing. On the long journey to find Elspeth and face the evil threatening her world, Rhyan unexpectedly finds friendship, love, and the magic and power she's been craving. But just as she begins to let herself believe in the future she's dreamt of, she discovers that she holds not only her family's legacy of magic - but a dark and growing power that threatens to consume her.

To save the lives of her sister, her friends, and her love, Rhyan descends beneath the mountain of Windover Tor to face her greatest challenge. As the forces of good and evil meet on the battlefield above her, she walks the circuits of an ancient labyrinth to confront those same forces inside herself. Can she save Elspeth and control her growing power? And when she faces the final test, will she choose pain and the path of light or slip into the dragon's darkness?