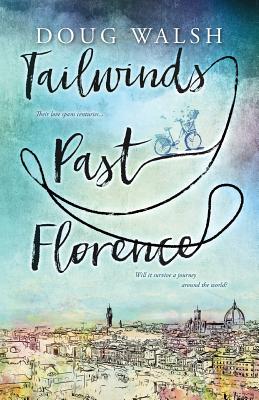 A couple's unforgettable journey around the world ... and a soul's journey across time.

Lonely and tired of coming second to workaholic Edward's job, Kara has just about given up on their marriage. But on the day she plans to ask for a divorce, Edward is fired. Loathe to confess the truth to Kara, he instead promises her the one thing she's always dreamed of: an around-the-world bicycle tour, just the two of them.

Soon they're pedaling across America, headed for Europe and beyond, but the truth about Edward's job isn't the only thing he's hiding from Kara. And with each mile, his deception mounts, setting in motion a series of events that shatter the bonds of time.

Across the world, Kara's soul mate from another era awaits-Alessio, a nineteenth century art dealer. What should be the adventure of a lifetime, bringing Edward and Kara closer, turns into a fight for survival, as Alessio will stop at nothing to reclaim the woman he thinks belongs with him. Now it's up to Edward to rewrite the past to save his marriage ... and the woman he loves.

Tailwinds Past Florence is an "enchanting, whirlwind tale" of action, romance, and travel-around the world and through time-that lingers in the reader's mind long after the last page is turned.