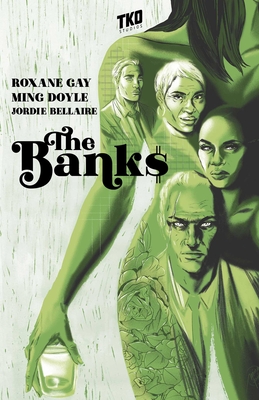 The Banks is a heist thriller about the most successful thieves in Chicago: The women of the Banks family.

For fifty years the women of the Banks family have been the most successful thieves in Chicago by following one simple rule: never get greedy. But when the youngest Banks stumbles upon the heist of a lifetime, the potential windfall may be enough to bring three generations of thieves together for one incredible score and the chance to avenge a loved one taken too soon.

"The Banks is the best kind of heist story: a sharp, tight robbery with escalating tensions and threats coming from every direction." - The A.V. Club "It will leave most readers smiling at the end of their journeys with the Banks family." - The Beat TKO Studios recently announced a partnering with MACRO (whose films have garnered nine Oscar nominations and one Oscar win for Viola Davis in FENCES) to produce a film adaptation of the graphic novel. Screenplay to be writen by Roxane Gay.