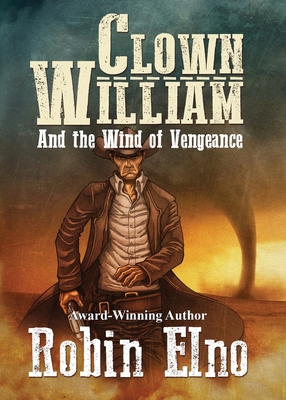 Clown William and the Wind of Vengeance

A reluctant 1870s gunslinger with Tourette's and a quick draw . . .

While the battle for Lincoln, New Mexico, rages on, William is consumed by his own war against Jesse Evans, the man he blames for the loss of his friends and the start of his life as a gunfighter.

But when William finds Jesse at his most vulnerable--jailed with a gunshot wound--he can't justify pulling the trigger. A gunfight must be fair.

William braves hostile military territory to orchestrate his archenemy's release--only to discover he has become the prime target for an army of bounty-motivated gunslingers.

The hunter is now the hunted--and William must weigh whether revenge will give him the peace of mind he has been seeking.

Can William defeat his internal tornado before he becomes one of its victims?

Clown William, the first book in the series, is the winner of the Arizona Authors' Association Literary Award, a Silver Winner in the Independent Publisher Book (IPPY) Awards, and a Finalist in the 2019 National Indie Excellence Awards and the 2019 Next Generation Book Awards. Clown William and the Lincoln County War is Winner of the National Indie Excellence Awards and books one and two are Bronze IPPY Winners for Best Series. Clown William and the Wind of Vengeance is the third book in the series.