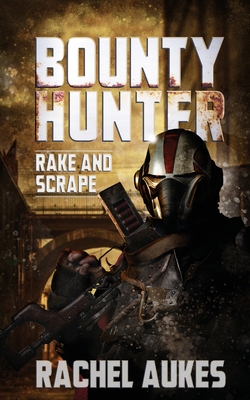 The wastelands are on the brink of war.

Fifteen years after the Revolution, things are worse than ever. The wastelands ignite when Far Town takes a stand against the Monuments Republic Command. As the tanks roll in, the people must decide if they are willing to sacrifice everything to take on the government. The stakes have never been higher...and it's winner takes all.

The bounty hunters have sided with the rebels, but things go awry when the mysterious Zenith State captures two of "Havoc" Joe Ballast's closest friends. In the midst of revolution, he must launch a rescue, but the deeper he goes into Zenith, the more secrets he uncovers.

Heroics, sacrifice, and courage are needed by the bounty hunters if they are to survive deadly experiments, manipulative AIs, relentless cyborgs, and a brutal slaughter planned by their own government.

The end of the Monuments Republic Command begins now.