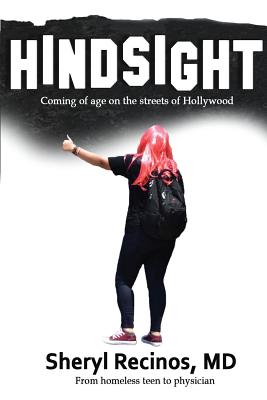 Coming of age on the streets of Hollywood

Hindsight: Coming of age on the streets of Hollywood is a gripping memoir of the teenage years of Sheryl Recinos, MD. She reflects on the journey that changed her life when she was a teen in her debut book. She chronicles her dysfunctional upbringing that led her through foster care, detention, and eventually to the streets of Hollywood.

Hindsight gives Sheryl's personal account of the dangers of teen homelessness and shows how she struggles to complete high school and find work while living on the streets and in shelters. The book reveals the dangerous obstacles that she encountered during her journey, including the murder of a friend and the constant dangers of predators seeking to harm youth on the streets. Her story culminates with her harrowing tale of being a homeless pregnant teen and illustrates how she found hope and made it off the streets.

After Sheryl Recinos, MD, overcomes homelessness, she later finds success as a physician and continues to give back to the community that saved her.