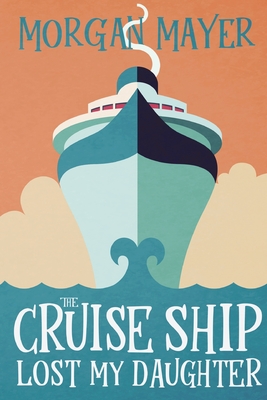 The Cruise Ship Lost My Daughter

After weeks of no answers from the authorities, Sheila and Shane McShane, a spry and tenacious octogenarian couple from New Hampshire, board the magnificent Celestial of the Seas to look for their daughter on the same British Isles cruise she went missing from six weeks before.

Guided by Sheila's intuition and Shane's logic, they uncover clues about Shanna's disappearance, but the closer they come to the truth, the greater the danger, including from a mysterious stranger.

Drawn from a British Isles cruise with the author's parents, The Cruise Ship Lost My Daughter is a cozy mystery full of humor and heart, one that takes the reader on a spirited caper from Scotland to Belgium and sails into the real-life world of art.

"Mayer presents a novel that's half cozy mystery and half travel ﬁction...nicely balances these two genres against each other...gives Sheila and Shane the calm repartee of a couple who've known each other for a long time, which makes them a compelling detective duo."--Kirkus Reviews

"fun twists and turns...readers will fall in love with the eccentric (and aptly-named) couple at the focus of the book. There's humor and wit to each of them and they light up the pages."--The BookLife Prize