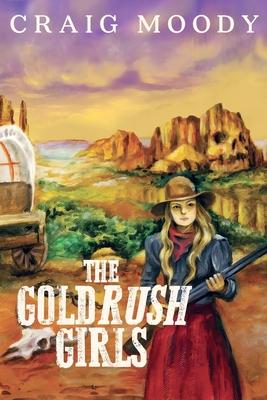 America is westward bound in 1849; gold is calling from the California earth. Opportunity, wealth, and prosperity await any brave soul daring enough to venture the merciless miles of the California Trail. Or does it?

Sixteen-year-old Meredith, an orphaned housemaid, jumps at the chance to marry Jeremy Brown, a handsome Southerner with dreams of gold dust filling his charming eyes. Meredith's imagined life of adventure and wedded bliss are quickly destroyed once on the trail with Jeremy. Chained like cattle to the back of a wagon, Meredith and nine other girls find themselves as prisoners, forced into sexual servitude by the hands of three cruel and greed-driven captors. Betrayed by Jeremy and subjected to a constant threat of death, disease, and nightly rape, Meredith forges a bond with several of her fellow captees, each sharing the same soul-driven goal of escape and survival.

Harrowing, brutal, and often disturbing, The Gold Rush Girls tells a breathtaking tale of the triumph and resilience of women during an era of history that often limited, overlooked, and devalued them. Faced with the utmost depraved and devastating conditions, Meredith and her girls learn that the true danger is not always what lies in the darkness of the wild, but what lurks in the shadows of civilization while among fellow man. Safety may be an illusion, but the will to survive is not only a personal human experience, but an achievable reality through the sightless yet unbreakable bonds of lifetime friendship and unspeakable sacrifice.