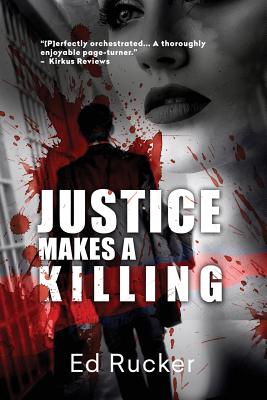 When Bobby Earl meets the beautiful but vulnerable Kate Carlson, a prominent LA lawyer who awaits trial in a small town jail for a murder during a prison break, he thinks he knows what's at stake: negotiate a decent plea deal for a guilty client, pocket his fee and move on. But Kate insists she's been set-up. To find the truth, Bobby must risk his own life, career and everything he loves by dredging up the secrets of the billion-dollar prison industry and the powerful California prison guards union, in a desperate battle against a powerful and expanding conspiracy.

For decades, Ed Rucker was one of our most prominent criminal defense lawyers. His Bobby Earl novels have been praised for their authenticity, as well as gripping suspense. During his career, he represented numerous high profile clients, including John Orr, the greatest serial arsonist in American history, a trial memorialized in Fire Lover, by Joseph Wambaugh; Laurianne Sconce, the matriarch of the Lamb Funeral Home, whose trial that was the subject of the book Ashes, by James Joseph; Eddie Nash, a prominent nightclub owner, who was portrayed in the film, Boogie Nights; and William Harris, a member of the Symbionese Liberation Army, who kidnapped Patty Hearst.