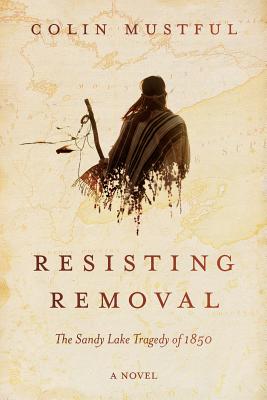 The Sandy Lake Tragedy of 1850

The account of a nearly-forgotten tragedy of American history, Resisting Removal brings to life a story of political intrigue and bitter betrayal in this moving depiction of a people's desperate struggle to adapt to a changing, hostile world. Captivating and engaging for all the right reasons; talented historical storytelling at its finest.

In February 1850, the United States government ordered the removal of all Lake Superior bands of Ojibwe living upon ceded lands in Wisconsin. The La Pointe Ojibwe, led by their chief elder Kechewaishke, objected, citing promises made just eight years earlier that they would not be removed during their lifetimes. But, Minnesota Territorial Governor Alexander Ramsey and Indian Agent John Watrous had a devious plan to force their removal to Sandy Lake, Minnesota. Put into action, the negligence and ill-intents of Ramsey and Watrous resulted in the death of approximately four hundred Ojibwe people in an event that has become known as the Sandy Lake Tragedy.

Despite the tragedy, government officials, aided by the interests of traders and businessmen, continued their efforts to remove the La Pointe Ojibwe from their ancient homeland on Madeline Island. But the Ojibwe resisted removal time and again. Relying on their traditional lifeways and the assistance of missionaries and local residents, the Ojibwe survived numerous hardships throughout the removal efforts. By 1852, without government approval, the La Pointe Ojibwe traveled to Washington, D.C. to finally right the wrongs against them and to protect their homes. Two years later they earned permanent homes near their homelands after signing the 1854 Treaty of La Pointe.

Follow along as trader and interpreter Benjamin Armstrong, a real historical participant, lives through the harrowing and ever-changing times on the Wisconsin and Minnesota frontiers. Discover the truth about this tragic past and the intentional exploitation of the Ojibwe people and culture. But also, come to understand the complexity of history and question whose story is really being told.