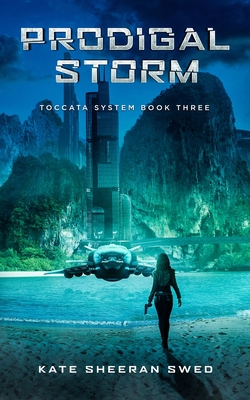 Two weeks ago, the AI that raised LJ forced her to murder the man she loved.

But Conor survived. He wants nothing to do with the woman who tried to kill him, and yet LJ's got the only crew brash enough to chase after his father--who's a step away from twisting every AI in the Toccata System to serve his greed.

Conor's desperate, and he's got a scheme of his own: shut down Toccata's AIs, permanently. If the price is a voyage with LJ and her crew of ex-assassins, he'll pay.

LJ wants to leave the past behind. But she's not just another AI-trained killer: she's the worst of them all, and the proof of her cruelty stands before her. As mutiny and betrayal chase them across the sea, LJ and Conor must work together to survive--and if LJ can't face the sins of her past, she'll doom everyone she loves to a future that's made of chains.