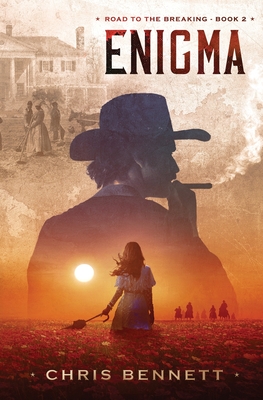 "How can I call myself a man of good conscience, when I myself am no better than a slaver?"

It's summer 1860, and former army Captain Nathan Chambers has returned home to Virginia to claim his inheritance: a large plantation with more than one hundred slaves. Nathan wants no part of slavery and intends to sell the farm and all its slaves. But even as he arrives home, enduring fearful and downcast stares from despondent black faces, he knows what he must do ... and the price he must pay for doing it.

As Nathan works to carry out his ambitious plans, he is troubled by rumors of succession and war, even as a villainous neighbor plots a violent end to their decades-long family feud.

And then Evelyn arrives ... strikingly beautiful, spirited, and intriguing, she is the daughter of an old family friend. But the more Nathan is drawn in by her charms, the harder she pushes him away ...

The Road to the Breaking Series is an epic tale of a young nation seething with debauchery, brutality, corruption, and political intrigue, unwittingly on the brink of a deadly precipice: the American Civil War. In Book 2 of the series, Nathan Chambers has returned from the violent army life out West, only to face a heart wrenching Enigma at home.