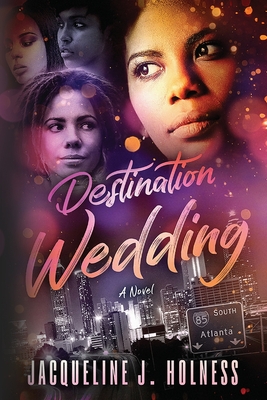 Three successful best friends in Atlanta believe they are thriving in the Black Mecca. Bossy bank executive Senalda breaks down men from business to bed no holds barred. Hip hop PR guru Jarena praises the Lord and pursues married men with equal persistence. Famous and infamous radio personality Mimi fights with her fans and for the love of her on-and-off-again boyfriend.

But when an ABC News Nightline report, "Single, Black, Female -- and Plenty of Company," asks why can't a successful black woman find a man? The friends are suddenly hyper-aware of their inclusion in the sad statistic: 42% of black women who have never been married. Like the women in the report, they are career-driven, beautiful black women living in Atlanta who have everything -- but a mate. They resolve to defy the statistic by marrying in a year and have it all by tackling their goal as a project with a vision board, monthly meetings, and more. Project Destination Wedding is born. A "happily married" best friend Whitney is a project consultant.

But as the deadline ticks closer, the women wonder if they can withstand another year of looking for love in the media-proclaimed no-man's land of Atlanta. Senalda wrests a marriage proposal from the male version of herself, but the proposal comes simultaneously with a devastating secret. Jarena unleashes hell when her call to ministry coincides with dating her married college sweetheart. Mimi faces losing her career and jail time chasing her boyfriend and marries another man in the process. Whitney's power couple profile plummets when her husband, a pornography addict, announces he would rather pursue photography than be an MD.

Inspired by an actual Nightline report, Destination Wedding charts four women's journeys as they discover that love is not an experiment easily confined to a timetable.