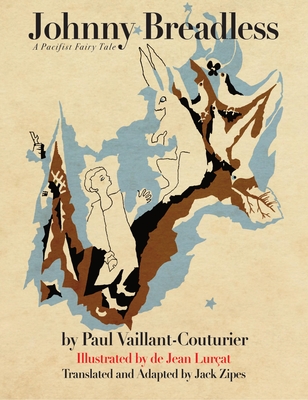 During World War I at Christmas time in 1914 there were sudden widespread unofficial ceasefires along the Western Front organized by the French, British, and German soldiers. They crossed trenches to exchange food, souvenirs, and ideas. In some cases they played soccer, sang Christmas carols, held burial ceremonies, and exchanged prisoners of war. The ceasefires were also held at various places in 1915. However, by 1916, the war had become more bitter, and the officers in the French, British, and German armies squashed the ceasefires. Killing was much more important than peacemaking.

Paul Vaillant-Couturier (1892-1937) was one of the French soldiers among those who celebrated truce. As a young man from a well-to-do bourgeois family in Paris, he had never thought he would one day fight for France and kill Germans. His parents were successful singers and actors, and as he indicated in his fictional autobiography, he was groomed to become a professional lawyer or engineer. However, he followed in his parents' footsteps and became an artist. Yet, after enlisting in the French army and serving in the infantry and artillery, he came to realize how cruel war was and caused the deaths of thousands of young men who sacrificed their lives to protect the interests of the ruling classes. By the time he was dismissed in 1919, he emerged as a pacifist and socialist with five medals of honor for heroism. From this point of his life, he went on to become a major journalist and politician; he was one of the founders of the French communist party and served as editor of the left-wing newspaper L'Humanit?. He died in 1937 due to wounds from an assassination attempt. Concerned about the future of young people, Vaillant-Couturier published numerous books about the war, and one of his most significant works was Jean sans pain (Johnny Breadless, 1921). It describes a much different education than he had received, for Johnny Breadless is an orphan and does not understand why and how his parents died and why there is no help for him. It is only after he encounters an amazing rabbit who takes him on a trip to various parts of France during World War I that Johnny begins to grasp the true conditions that lead to the exploitation of common people and to wars that benefit the rich. It is in this remarkable fairy-tale novel that a ceasefire takes place-one that gives Johnny hope that people can live together in peace. It is a truce that Vaillant-Courturer "waged" for most of his life.

Jack Zipes is professor emeritus of German and comparative literature at the University of Minnesota. He is also author of Tales of Wonder (University of Minnesota Press, 2018), Smack-Bam, or The Art of Governing Men (Princeton University Press, 2018), and The Giant Ohl and Tiny Tim (Little Mole and Honey Bear, 2019). He was given the Lifetime Achievement Award by the World Fantasy Convention in 2019.
or
Buy Here
(This book is on backorder)
Copyright © 2020 American Booksellers Association