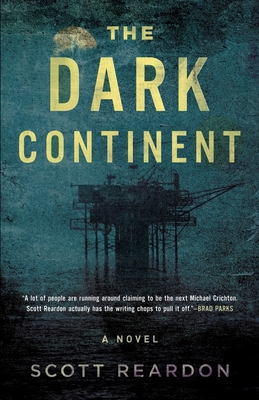 On an oil rig off the coast of Alaska, fifteen death row inmates have joined a gruesome experiment with unprecedented implications.

Government researchers are attempting to enhance the human body, but they change the men into something else instead. Led by a mysterious figure who evokes Colonel Kurtz and Satan from Paradise Lost, the subjects escape and bring the United States to its knees.

Only two men can stop them, Tom Reese and Karl Lyons. Tom and Karl will have to cross an America on the brink of collapse. And at the end they'll experience the horror of the dark continent.

Scott Reardon has written and directed two feature films, Our Pet Kat and Dakota Bastard. His first novel, The Prometheus Man, was published in 2017 by Little Brown. He lives in Connecticut with his wife and three children.

Praise For The Dark Continent…

"A lot of people are running around claiming to be the next Michael Crichton. Scott Reardon actually has the writing chops to pull it off."―Brad Parks, Shamus Award-winning author of Say Nothing

"Reardon takes the reader on a wild ride through what could be Hell's theme park. . . . But it transcends mere entertainment; it raises profound questions about the uses of science and technology."―Jay Strafford, Richmond Times-Dispatch